This Posirank client starting working with us during the first quarter of 2019. This client is in a very competitive niche (speaking very generally, we could say they are in the personal services field).

Our initial assessment, communicated in the first few meetings we had with this client indicated that they had some onsite as well as ranking issues needing rectification. A particular challenge with this client was the lower-end budget (in the USD $240-$300 range). Due to this limitation, ranking improvements took slightly longer but were achieved nevertheless over time.

A major issue discovered during the initial assessment was that a prior SEO service was used to create 2,000 nearduplicate pages on the site. They were almost all exactly the same, with the only variation being the targeted location. They also (to add insult to injury, so-to-speak) created hundreds of near-duplicate blog posts as well, using the same type of tactic. So we had to do some major pruning. We deleted almost everything, except for a few blog posts that were actually performing well and bringing in traffic. The stuff we saved needed to be reworked - we fleshed out thin content, added headlines and images, fixed grammatical/spelling errors, etc.

A major task was to clean up the site itself: it was necessary to delete huge numbers of site pages as well as blog posts, that were mostly duplicates of other pages and added no real value. The only pages retained were those that were actually performing well and bringing in traffic. Retained pages still needed work - fleshing out thin content, adding headlines and images, fixing grammatical/spelling errors.

Deleting this many pages created its own problem - a multitude of 4xx errors because there were a number of hidden internal links - even some cloaking! Broken links were discovered everywhere - and internal links were not being used strategically or in a way that would feel natural to a user and actually invite clicks - they were haphazardly placed everywhere without much thought for WHY it might/might not go there. (The big take-away here: DON'T trust your SEO to people who are not skilled - they can wreck your website!)

Due to the on-site issues, this site was also very slow loading (in excess of 8 seconds) - now it is significantly faster (currently around 3 seconds and improving).

For this client we used a combination of guest posting orders to gain backlinks as well as ordering some content to replace low-value/thin content pages. The following tabulation details the orders placed for this client, month-to-month, as well as the total cost (costs reflect pricing in place at the time orders were placed; current pricing may be different).

Specific campaigns over this 9-month period are as follows:

We begin first with a Google Analytics summary snapshot: 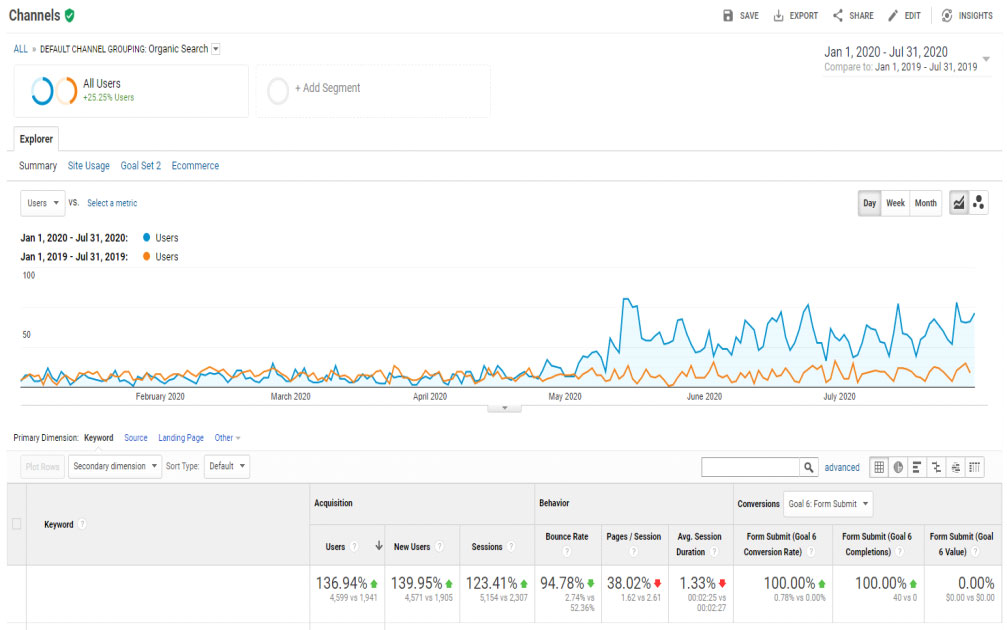 As can be observed from the above graph, significant upward movement was detected beginning in May 2020. Significantly, this improvement has built and has not declined month-to-month through the rest of the year. These results, therefore, were not short-term or temporary! 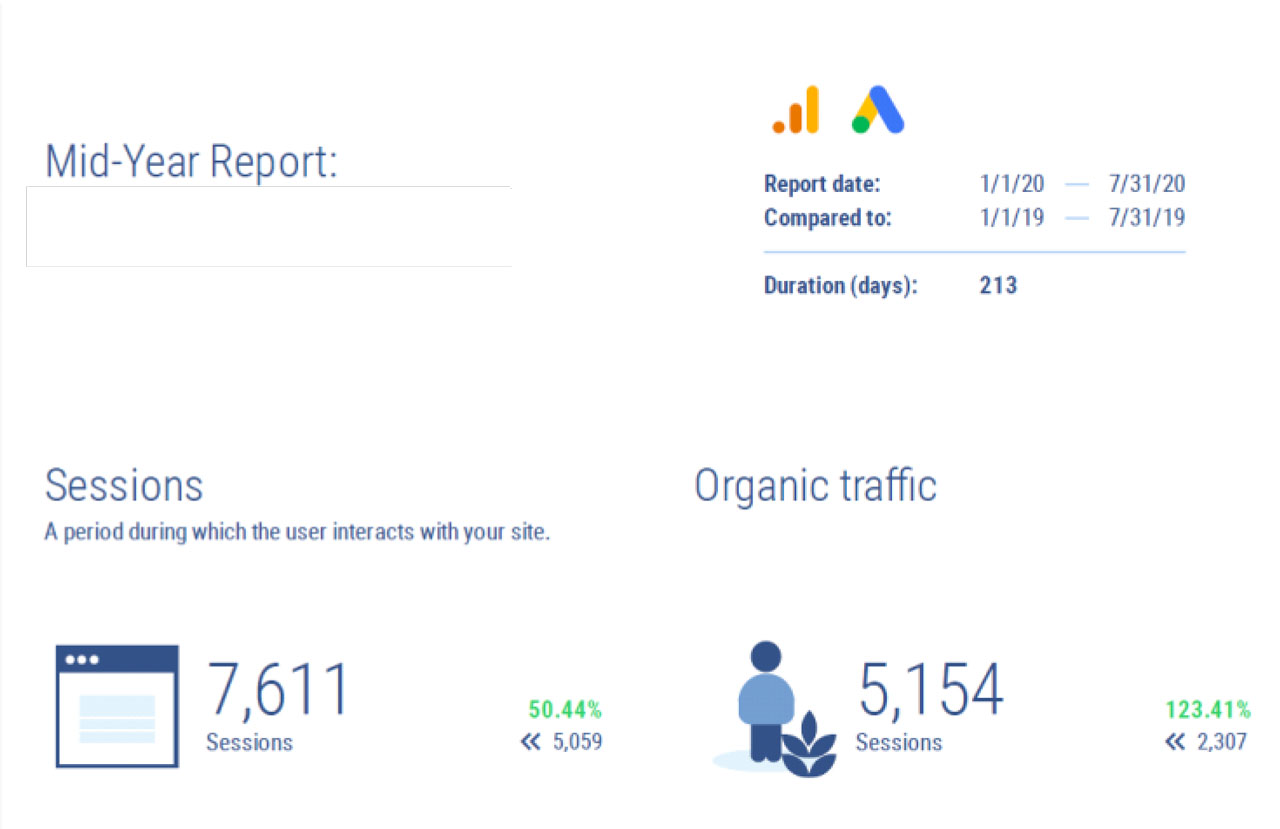 A major Google ranking factor (it is believed) is the amount of time spent by visitors on site as well as the overall site page load speed. For this site, the average session time increased over 55% and decreased 60% (indicating pages are now loading much faster) -- 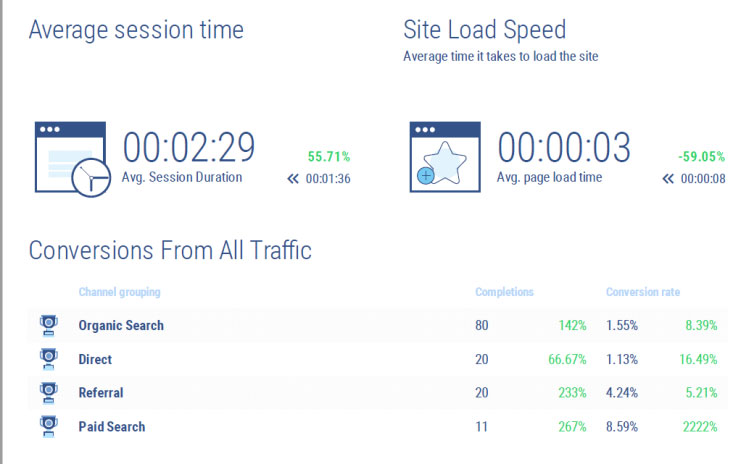 Keyword rankings in the SERP's are, of course, critical to driving organic traffic. This site now ranks 63 keywords in its niche in position 1-3 (an increase of over 1000%) and total front page keywords (ranking anywhere on page 1) have also increased a whopping 1000% for a total of 180 keywords! --

Finally, on the content marketing side of things, blog posts are picking up nice page views, especially older posts which are aging nicely --

Start Growing your Business Today!
Sign up for free and get access to all of our
tools and services.
Book a Call